Blog Home / teaching tools / What is a Potentiometer?

What is a Potentiometer?

teaching tools, getting started, What is a

If you want to create a project with a variable element - such as light or sound- chances are, you’re going to need a potentiometer. But what is a potentiometer and how do they work? 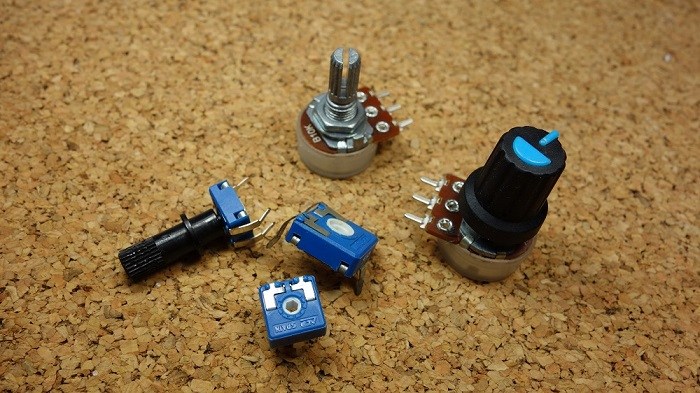 At the most basic level, a potentiometer is a type of resistor that changes resistance levels based on the turning of a knob or slider. To do this, potentiometers feature three terminals, two of which are fixed. The third terminal is connected to the knob and can be used to adjust the voltage flowing through the potentiometer.

The easiest way to explain a potentiometer is through examples of how they are commonly used. The most common use is as volume control for audio projects. As the volume knob is turned, the resistance is raised or lowered, thus increasing or decreasing the volume of sound being emitted.

Potentiometers are also great for creating light dimmers, speed controls, angle sensors and a ton of other inputs.

One of our favorite ways to introduce students to a potentiometer is to use them to vary how fast LEDs blink without having to change any components or programming in the circuit. Give it a try with circuit 1B in the SparkFun Inventor’s Kit v4.0. 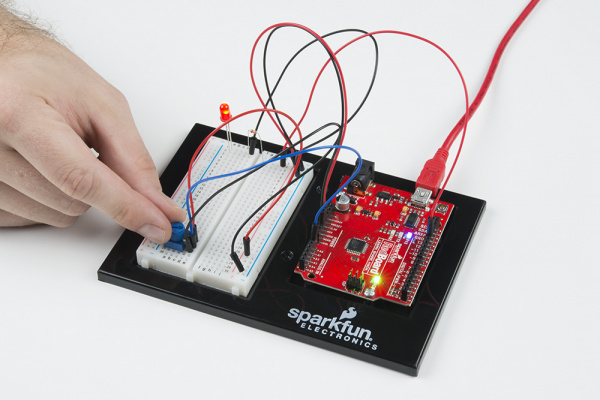 Though potentiometers come in a variety of shapes and sizes, they all feature three connection ports, or terminals, and a moveable component (the knob) that adjusts the resistance between the middle terminal and either of the two outside terminals. 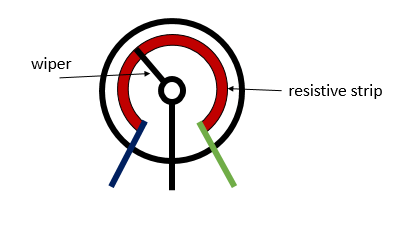 Internally, the outer two terminals are connected via a single resistor. The middle terminal is connected to a wiper that moves along the resistor. As the wiper moves, it cuts the resistor in two and adjusts the ratio of power between each side, thus changing the output of the resistor. 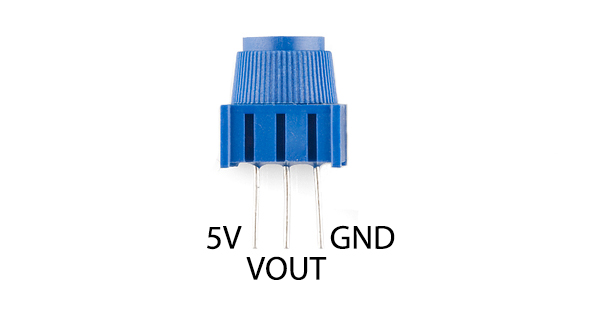