Blog Home / teaching tools / What is a Photoresistor?

What is a Photoresistor?

teaching tools, getting started, helpful information, What is a

So you have an idea for a project, but it requires the end product to react to the light around it...whatever will you do? Luckily there is a simple component that can be used to make this happen: a photoresistor. 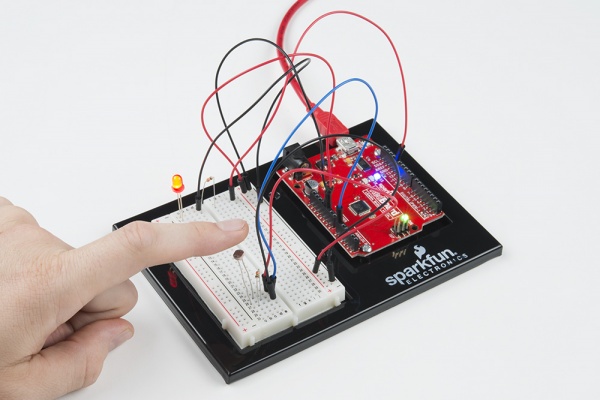 Because of this change in resistance, photoresistors are great for making projects that react to light. In the SparkFun Inventor’s Kit v4.0, circuit 1C is all about using the photoresistor that comes in the kit to create a night light!

What’s the best project you’ve seen using a photoresistor? Tell us in the comments below.