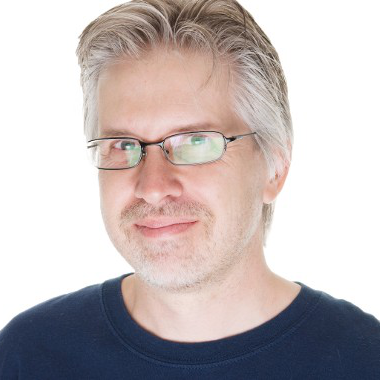 If you spend any time on social media, you've no doubt seen stories breathlessly touting new engineering marvels or scientific discoveries. And if you have any experience with physics, biology or engineering, some of these posts may have seemed a bit...fishy.

The Pervasiveness of Fake News

"Fake news" has become a major issue in social media. It's trivially easy to create web content that looks just as professional as the real thing, and it can be difficult to tell fact from fiction. Unfortunately there are perverse incentives to do this; jokes, hoaxes, scams and political influence are all reasons people might create fake news, but the biggest reason is money. "Clicks" are the currency of the internet, and aggregation sites (which look like news sites but only exist to gather provocative stories) will repeat anything regardless of the source and embellish stories as much as they can to get you to click on them. (One way to recognize an aggregation site is that their pages are packed with ads; every time you visit that page the site is getting paid by each of them.)

There have been many good articles on fake news — where it comes from, how to spot it and what can and should be done about it. Today we'll look at a subset of fake news, one I like to call "questionable engineering," and show how it can be used in your classroom to teach critical thinking, back-of-the-envelope analysis and the useful skill of proving or disproving a claim using basic math and a bit of research.

Let's start with an example. A couple of years ago, this futuristic device appeared in many Facebook feeds:

It was described as a new type of underwater breathing apparatus, one that could extract oxygen directly from seawater, with no bulky scuba tanks required. Multiple "news" articles breathlessly reported that it would be available soon and would revolutionize recreational and professional diving.

This was indeed an amazing invention! It looked great, would definitely be fun and useful, and the engineering seemed reasonable — after all, everyone knows there's dissolved oxygen in water; that's how fish breathe. The post spread far and wide, with people practically shouting, "Take my money!"

Let's say that you saw this invention and wanted to prove or disprove, back-of-the-envelope style, or quickly and generally, whether it was practical — or even possible. How would you go about it? Let's start with the basic premise: that it needs to extract enough oxygen from seawater to keep an average person alive.

If you do the Googling and the math, you'll find that an average person consumes about 36mg (milligrams) of oxygen with each breath. (We'll ignore for the moment the larger tidal volume necessary to move air in and out of the lungs.) A bit more research reveals that there is about 6mg of dissolved oxygen in each liter of seawater near the surface of the ocean.

This means that for every breath you take, the device must process (36mg / 6mg per liter) = 6 liters of seawater. And since the average person takes about 15 breaths per minute, the device would need to process (6 liters * 15 breaths per minute) = 90 liters of seawater each minute. It is not clear from the original design whether this would be accomplished via pump (which would need to operate at near-firehose levels without any correspondingly large motor or battery), or if you would need to swim fast enough to passively force that much water through the device (which is beyond even Michael Phelps territory).

One could continue with a more in-depth analysis to determine how much stored energy it would take to move that much seawater that fast, but at this point it's fair to stop and say that the laws of physics — and 20th century engineering — disprove the practicality of this device. Credit where credit's due: Alistair Dove was the first to mathematically take down this device in a brilliant blog post on Deep Sea News, with many other news outlets quoting his analysis later.

(It's worth noting that another way this device could function would be to directly separate water molecules into hydrogen and oxygen, and discard the hydrogen. One could do a similar and almost as simple analysis to prove that the huge amount of electrical power required to electrolyze that much water would also be prohibitive in such a small device.)

Once the mythbusting came out, the original source of the image, a student named Jeabyun Yeon, admitted that it was just a "design exercise" he performed while learning computer graphics. (As far as that goes, he was very successful.) It only got out of hand when his pictures hit social media, especially once the clickbait "news" aggregation sites (who only care how sensational a story is) got hold of it.

This would normally be the end of this story, but it took an additional turn when a shady company used the same image and concept to claim that they had been developing this device for years and that it was nearly ready to bring to market. They raised nearly a million dollars on Indiegogo before outcry based on the above analysis forced them to shut down. As late as 2016, they had restarted the campaign based on a "new" design, which they claim includes a small liquid oxygen tank. Caveat emptor!

While entertaining to see in the wild, this type of analysis can also be very useful in the classroom. To begin, present examples of "questionable engineering" you've run across during your own web browsing, or ask your students to suggest things they've seen in their feeds.

You can then guide them through a back-of-the-envelope analysis like the one above. In this particular case you'd cover a number of useful topics including: research methods, unit conversion, biophysics, gas laws, oceanography and more. Plus you'll introduce students to useful order-of-magnitude approximations for things like how much oxygen a person actually consumes (which could be especially useful if you're the kind of person who finds themselves in situations where that might be important).

Let's look at one more example. This one showed up in my feed a couple of months ago:

The Growroom is undeniably a beautiful bit of flat-pack design, and to be fair I don't believe the original designers claimed that it could "feed a whole neighborhood" — only that it would bring locally grown food to urban areas, which is a worthwhile goal. The designers even open sourced the plans, which we here at SparkFun love to see.

But the "feeds a whole neighborhood" claim has been added to and repeated in many articles about it, no doubt due to the effectiveness of a headline that directly challenges the status quo (you'll see that in many of these stories). This story also takes advantage of the fact that most people are well-removed from the food production industry, and have little idea what it takes to feed an average person.

Let's walk through a quick analysis of the claim that this could "feed a whole neighborhood." There are two numbers that are important: how much food this device can produce, and how much food it takes to feed a neighborhood. Let's tackle both of those by looking at the required planting area.

"Neighborhood" is a nebulous term, so let's start by researching how much land it takes to feed one person. This turns out to be a complex question, with the answer depending on the local soil and climate, farming methodology, and food value of the crops you're growing. Some Googling shows that in the United States we feed roughly one person per acre, and where more intensive agriculture is practiced (e.g., rice paddies co-located with fish farms), the number increases to around 20 people per acre. These are very rough and highly variable numbers, but they'll suffice for the calculations we'll do next. (A great discussion to have with students is what constitutes a "good enough" number for order-of-magnitude/back-of-the-envelope calculations like this when sources vary so much. It's also a good opportunity to talk about different sources of information and the biases they may have.)

Now let's look at the Growroom. You could, with a bit of work, add up the exact area of the planter bases (and this would be a fun challenge for a geometry class). I did a rough estimate and came up with 15.3 square meters, or 165 square feet. It's worth noting that the Growroom's planters are quite shallow, and wouldn't work for many high-energy-density plants, including root crops, corn, etc.

So what can we conclude from these two numbers? An acre, which feeds between one and 20 people, is 43,560 square feet. If we adopt the higher estimate of 20 people per acre, it takes around 2,178 square feet to feed one person. The Growroom provides about 165 square feet of growing area. From this we can see that one Growroom doesn't come close to meeting the needs of one person, much less a "whole neighborhood," unless that only means supplying everyone with herbs for seasoning. (If you continue the calculations, you'll find that it would take around 13 Growrooms to feed one person, but the fact that each Growroom requires 17 sheets of plywood might make you consider other options.)

I could do this all day (my favorite is the "spinning solar collector" that somehow gathers more energy than a static collector of the same size), but you get the point. Social media is full of hoaxes, scams and over-embellished stories like these, but instead of just ignoring them (or worse, passing them along), you can give your students the tools and experience to research wild claims themselves. Best of all, you'll instill in them a solid sense of skepticism about things they read on the internet, making them better digital citizens and hopefully reducing the amount of fake news we all see in the future.

Tips for Introducing Fake News to the Classroom

Here are some tips for introducing fake news analysis into your classroom:

Share your favorite tips for teaching critical thinking in the comments below.