For many teachers the idea of approaching Arduino in the classroom seems daunting, and they feel like they need to know everything before they dive into embedded electronics with their students. In my previous post, I gave a number of strategies around how to ease into the shallow end of the pool and get your feet wet. Once you do jump into this world of electronics you will find out rather quickly that your students will outrun you to the finish line of guided materials. You will have that dreaded moment of “What do I give them now?”

I just completed a webinar series that explores the SparkFun Inventor’s Kit for the Arduino 101, in which I explored what the Arduino 101 is but, more importantly, in the second and final video, I looked at the software layer of different apps that you can overlay on top of the Arduino 101 to extend its usefulness and depth of application in the classroom.

In the webinar, Shawn and I explore two interesting phone apps that communicate with the Arduino 101 through Bluetooth Low Energy (BLE) as a first step to talking about the Internet of Things (IoT) in the classroom. Those apps are Blynk and Google Science Journal. Let’s take a closer look at each one.

Blynk With the Arduino 101

Blynk is a free mobile app that is compatible with both Android and iOS devices. It takes the time and headache out of programming in multiple languages across multiple devices and does some pretty intricate command and control, as well as real-time data visualization between your phone and a microcontroller board. In this case we are using the Arduino 101 and BLE.

Blynk supports a plethora of different development boards, and they are constantly adding more with each update release. We are a little biased toward one of them ;). 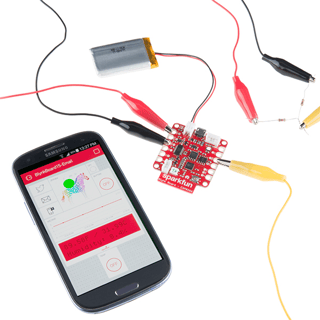 Google Science Journal With the Arduino 101 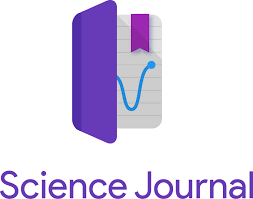 Another great mobile app to use with the Arduino 101 is the Google Science Journal app. This app is free and is currently only for Android devices and Chromebooks. It essentially turns your device into a data acquisition tool for the science classroom, enabling students to collect data from the device on which it's installed but also from external devices, such as an Arduino 101.

Both of these apps are great tools for the classroom, especially when you don’t have a lot of time to spare with heavy programming and circuit building. Both of them enable the maker movement to enter your classroom and to inspire your kids through modern-day tools and technology. I guarantee your students will use these apps outside of your classroom.

Have you used Blynk or Google Science Journal to create Internet of Things (IoT) projects in your classroom? Tell us about it in the comments below!