MAKING a living at MAGIC

Mario the Maker Magician compares the process of learning magic with learning music. You don’t just start writing your own songs right away; you start by covering the greats and learning the foundations. Then, in Mario’s words, “you create innovation by mixing ideas that have never been mixed before.”


When Mario Marchese, 37, first started doing magic, he wanted to be like David Copperfield. This year he found himself working with another famous magician, David Blaine. How did he land that gig? Let’s say it was magic.

Mario performed at the World Maker Faire® in New York City last year, and mentalist/mind reader Asi Wind saw his show. Not long after, Asi recommended Mario as a kids’ magician to co-perform with David Blaine at actor Robert DeNiro’s son’s birthday party. A week after the party, David asked Mario to be part of the creative team preparing for his first-ever North American tour, along with Asi and Paul Kieve, who is well-known for producing magical effects on Broadway and in the movies “Harry Potter and the Prisoner of Azkaban” and “Hugo.”

“It was just so cool to be part of that and to bring my spirit of making into that team,” Mario recalls fondly. We problem solved for hours on magic. It was really fun to brainstorm with geniuses.”

The Stuff of Magic

Mario believes that problem solving is key to both making and magic. There are only so many props a magician can buy, he points out, and it puts you at an advantage to be your own supplier. He has spent a decade honing electronics skills that have helped him shape his own magic routines. He does about five shows a week in the New York City area and has had the distinction of performing for children on shows like “Sesame Street” and Sprout’s “Sunny Side Up.”

“I had a desperation to stay relevant because I could feel my magic tricks getting old, so I added this robotic element,” Mario says. “That’s what’s been really fun — taking traditional routines of magic and adapting them with modern technology. Before the microcontroller we really had to do a lot of work to make a motor move from left to right; now you can just program some code.”

Mario discovered SparkFun when he picked up an issue of Make: magazine featuring a beginner’s guide to Arduino. He has incorporated SparkFun components into his star autonomous robots, including Mr. Lamp, the Robotic Lamp, built out of a flexible Pixaresque standing lamp, a Campbell’s soup can and SparkFun’s smallest Arduino-compatible board, the Pro Micro. Mr. Lamp correctly “guesses” in which hand Mario is holding a ball and even plays dead quite convincingly.

Another of Mario’s autonomous assistants is Marcel the Monkey, a vintage cymbal-playing monkey doll he gave a makeover. Mario has long been a craftsman and once carved more than a dozen wooden marionettes, even sewing their clothes.

“I learned to sew randomly, and years later it came back to me when I made Marcel’s vest and pants,” Mario says. “Nothing that we learn goes to waste; we always end up using it somehow when we least expect it.”

Mario brought the monkey doll to life with the help of a little RedBoard programmed to accomplish the task of placing a ball into a cup…eventually. Much to the audience’s delight, Marcel mocks Mario when he’s not looking, knocks things over and claps when he’s not supposed to. If the audience makes enough noise, Marcel responds to the sound by beating his chest. 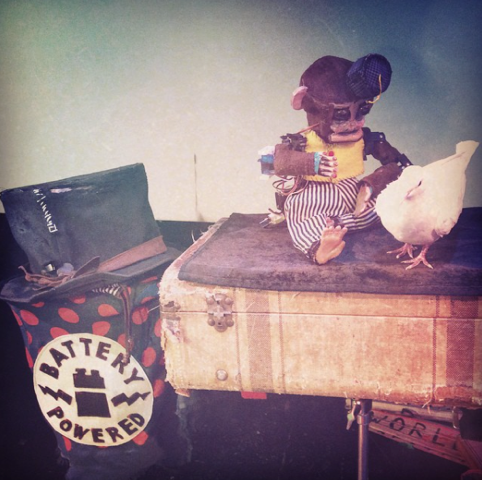 “The kids I perform for shaped my routine; I literally changed the code of Marcel for six months so I could lead my audience through a story,” Mario says. “What makes Marcel special to me is that he doesn’t do magic; he does theater.”

All's Faire in Making and Magic

Mario isn’t the only one who thinks Marcel is special; he brags that the mechanical monkey won four Editor’s Choice awards and a Best in Class at the 2016 World Maker Faire. The magician jokes that he, on the other hand, has to make his own awards, as evidenced by the bottle cap ribbon he wears on his chest. 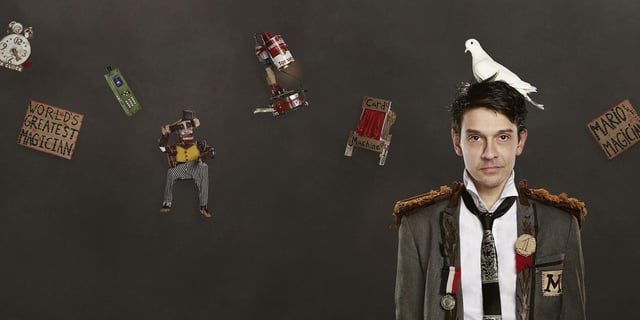 When Mario performs for children, he tells them repeatedly that they can make magic out of ANYTHING, as evidenced by one-of-a-kind homemade props made from pizza boxes, tape, hot glue and a hodgepodge of trash, treasures and 3D-printed components.

“I tell kids they can have all the money in the world and buy the biggest, best toy and take it home, but it could break, you could lose it, someone could take it from you,” Mario says. “But when you learn something and follow your heart, there’s no one in the world who can take that away from you…When you make something you begin to understand something.”

Mario practices what he preaches at Maker Faires across the country. On Sept. 23 he will perform again at World Maker Faire in New York, “the Greatest Show (& Tell) on Earth.” Then it’s off to Maker Faire Shenzhen, China, in November.

“A Maker Faire is where I feel really at home,” Mario says. “What’s so cool about Maker Faire is you see masters of different crafts, whether it’s metal or circuitry or soldering, and we all come together and ask questions…you can’t be afraid to ask questions; how else do we learn?”

Mario credits his success to curiosity, creativity, problem-solving skills, craftsmanship, humor and adaptability…all skills that come with making and project-based learning. Having gone to summer school from fifth grade on, Mario welcomes an alternative to traditional education.

“It wasn’t until I met people in this whole maker movement that I realized we don’t have to learn a certain way; we can have hands-on training and do all these things on our own,” he says. “The maker movement is so important to me because I’ve elevated my game in a way where I didn’t go to college but I can support my family and make a living. One day I started mixing magic with electronics and followed my destiny. I didn’t let my dream get bogged down by details, and I never would have found this if I didn’t take big risks and just start making.” 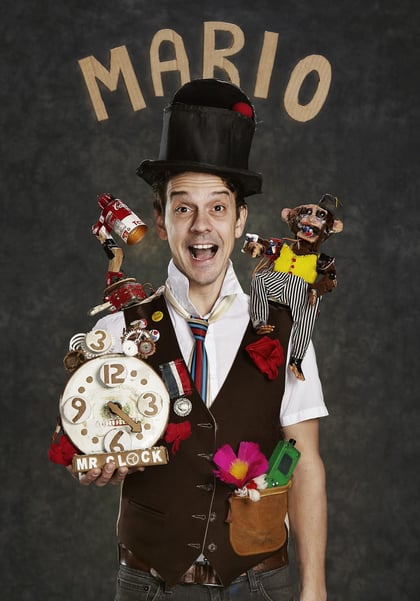 Want to start something yourself? Why not make Mario’s magic flower lapel?