The micro small size makes it a great candidate for exploring wearable technology projects and ideas. Here are a few projects we've found that use the micro for costumes, fitness tracking, and more. 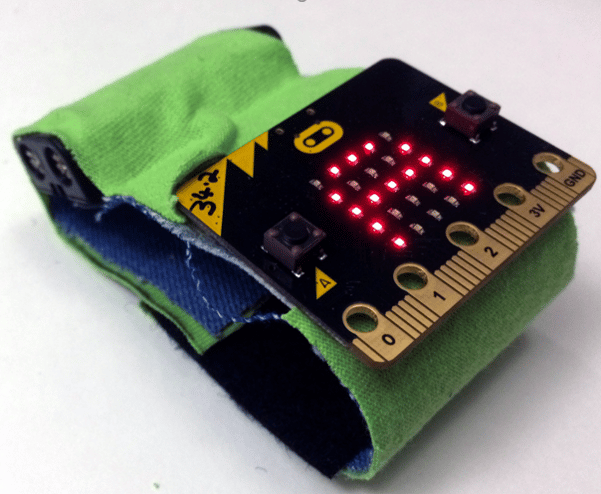 Learn how to make a wearable cuff to hold a micro from scrap jeans and  fabric in this step-by-step tutorial. The micro can then be used as a fitness tracker, watch or other wrist-based applications.

Take the micro out on the field with this wristband that utilizes the board's built-in accelerometer to gather data on the wearer's arm movement. This project also pairs two micro - the pitcher's board sends data to the coach's board to track of pitches.

Inspired by the game Pokemon Go, in which players have to walk around for a certain distance to hatch virtual Pokemon eggs, this project from Tech Age Kids uses the micro:bit's accelerometer to create a step counter with a reward - reach the set amount of steps and an egg animation displays on the board's LED array. 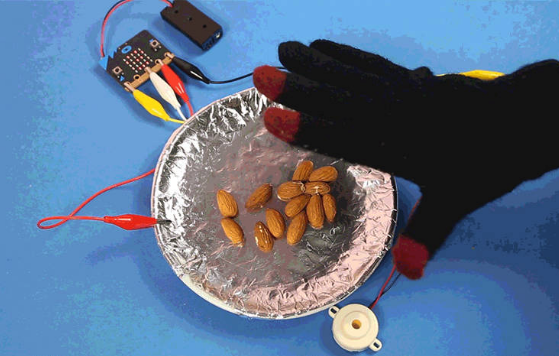 Photo via Tech Will Save Us

This project from Tech Will Save Us combines the micro and conductive fabric and thread to make a glove-based dexterity game. Place objects on a plate covered with aluminum foil and try to pick them up without touching the metal in the gloves to the surface, which makes a buzzer sound. 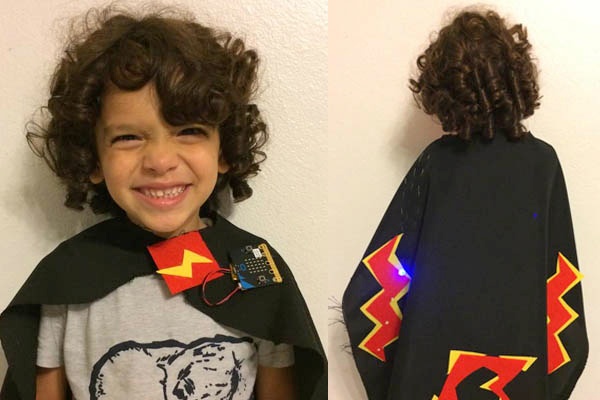 Over on SparkFun's , learn to craft a custom light-up cape using the micro and sewable LEDs such as the LilyPad Pixel Board and conductive thread. Get creative designing the superhero logo in addition to the circuit layout for the LEDs.